Herbs are an omnipresent ingredient in Khmer cuisine whether they are used raw, to give a flavor or just as a garnish. Many  have been using in traditional medicine in many countries of South-East Asia. We spent some time with Chef Mongkol (he grows many of these herbs in his garden) who explain us how he was using herbs at Changkan Khmer for his recipes. If you want to experiment with these herbs why not join one of our group or private cooking class in Siem Reap.

This herb can be found growing in flooded rice paddies hence its name. It is also grown more conveniently in garden as done by Chef Mongkol. It is added to Khmer soups to give a lemony taste. It is used by locals when they eat some small snacks like Pong Tea Kon or baby duck egg. It is a herb with a strong taste so it si not often used alone in Cambodia dishes. Chef Mongkol uses asian coriander in soup and along  with basil. 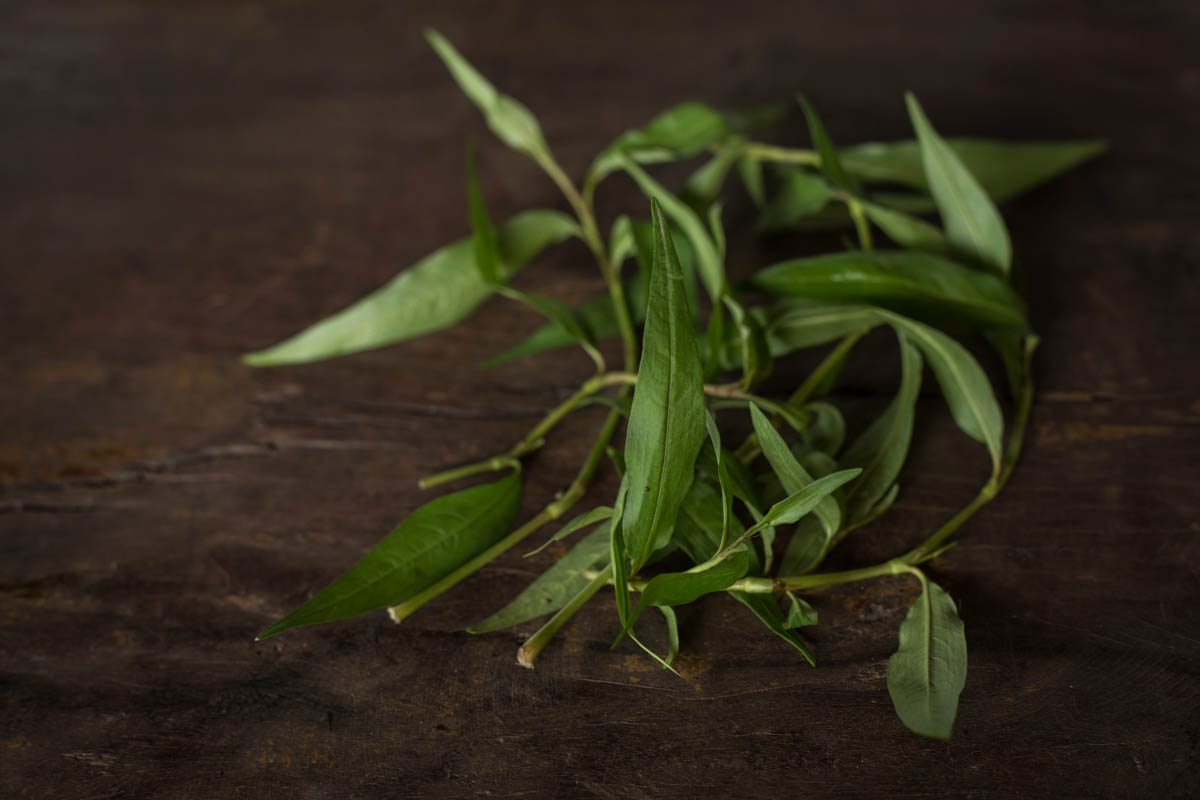 Saw leaf, also know as long coriander has a much stronger taste than the latter. It is used extensively in all south East Asia cuisine in soups and also in salads. Also known as the hummingbird tree, it is called by locals Angkadei. This fast-growing tree has beautiful pendant flowers which are used in some Cambodian soup recipe. The leaves have medicinal properties and have been used for thousand of years in Ayurveda medicine. If you stroll local markets in Siem Reap, you will probably stumble upon these stacks of strange pinkish long tube. There are stems for water lily and used in Cambodian cuisine in salads or soup. The flower of the water lily is not comestible but can be used for decoration purpose. You will see these beautiful pink flowers in some of the Siem Reap market. Chef Mongkol uses them in sour soup and also with traditional fresh noodles mixed with other fresh vegetables. They can be used a dip with Teuk Kreung (Asian Mackerel Vegetable Dip Sauce). Also known as fish mint or  heart leaf (because of the shape of its leaves), this herb is not so popular in Khmer cuisine as its taste can be unpleasant (hence the name of fish mint). Crushed Kaffir lime leaves release an intense citrus flagrance.They are used in Thai cuisine in the famous Tom Yum soup. The zest of the fruit can be used in soup and curries as well. The fruit itself is used as traditional medicine rather than in juice as it is very sour. Water spinach is more commonly known in Asia as morning glory and grows naturally in waterways.The stems are eaten as vegetable often stir fried with some chilies. Possibly the most used herb in Khmer cuisine: the stalks can be used slightly crushed to release flavors and tied up in soups. It is used chopped in salad or in some chicken recipe. It is an important ingredient of the amok paste (called Kreung). We are also creating lemongrass drinking straws for our cocktails and mocktails. Moringa also called the miracle tree is a fast-growing tree famous for its health benefits. Though it is not very commonly used in Cambodia cuisine, Chef Mongkol is adding fresh moringa leaves in clear soups. 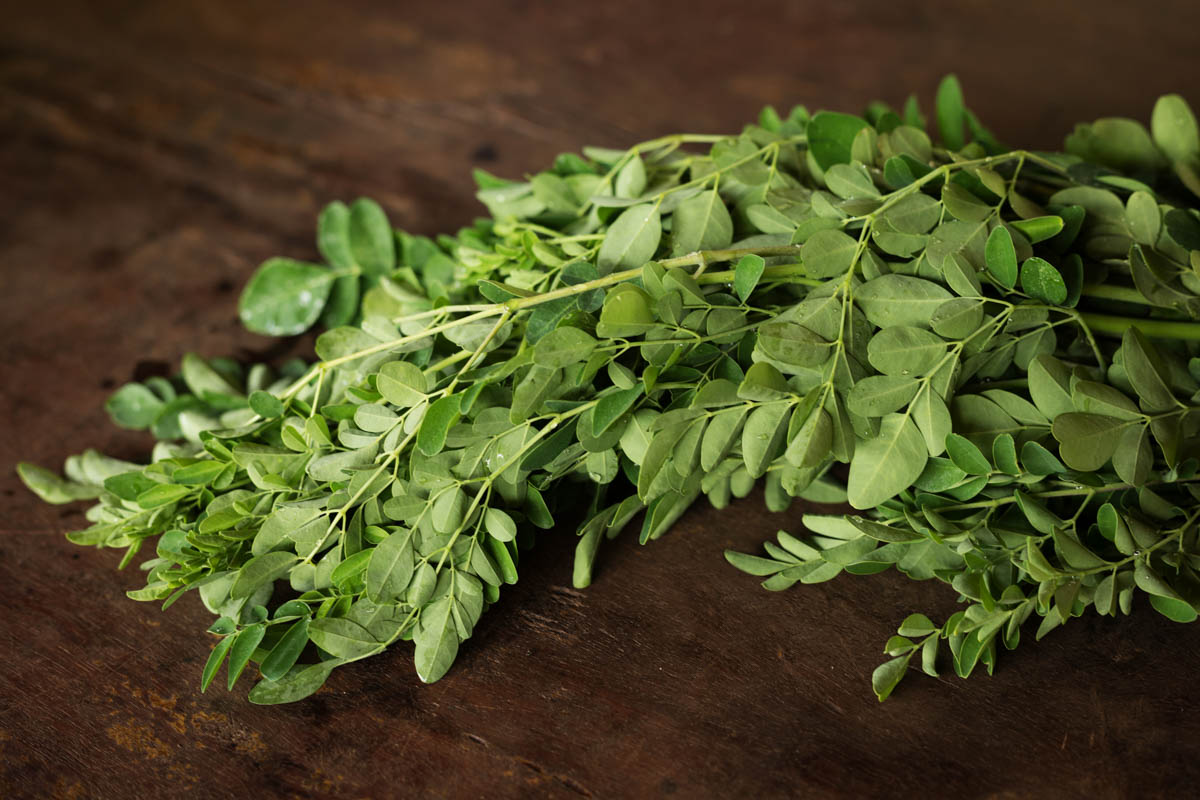 Noni is a fruit-bearing tree which is quite known for its health benefits. Noni leaves are used in Cambodia for the  famous amok recipe so it is also known as amok leaves. It can be also used as edible wrap